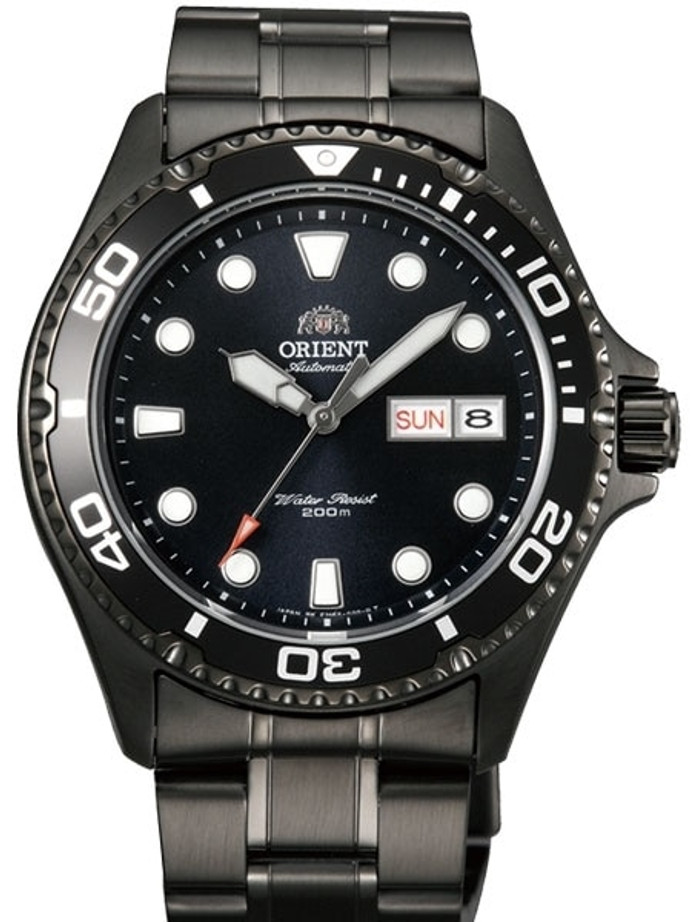 The new Orient Ray Raven II is now powered by a 22-jewel, Caliber F69 automatic movement. This new movement is self-winding, hand winding, and it hacks (second hand halts when you pull out the crown). In addition to the new improved movement, the new Ray II watch has an improved uni-directional bezel with 120 clicks, and it has a new case design (gone is the quick day pusher at 2:00) for a trimmer, more simplified look. The day and date window is the same, but you adjust both via the screw-down crown. The black PVD case measures 41.5mm in diameter and it's about 13mm thick. As always, you get an excellent black PVD stainless steel bracelet with a smooth operating, push-button deployant clasp (a hallmark of Orient watches).