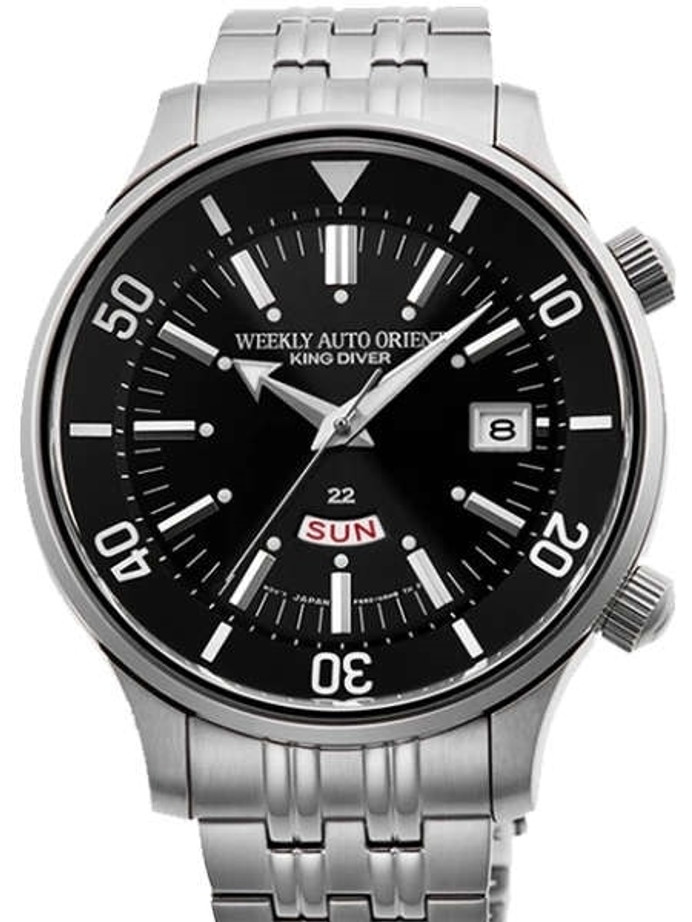 The Orient model RA-AA0D01B1HB is a reissue of the 1965 Weekly Auto Orient King Diver with some modern touches and improvements. It’s not just a recreation—it’s an upgrade to the classic model. The original dial design has stayed intact however, complete with bar hour markers, luminous hands, detailed increment markings, and luminous pips in the center.